The Travelogue of Tavish Thorne

A few years ago, I had the opportunity to once again collaborate with my Friends at Savage Mojo games. They were producing the new roleplaying game setting, and had commissioned a short story to help promote the upcoming game. They asked me if I could turn it into an illustrated fiction book, and I said sure.
Illustrated fiction is somthing I've had a love for since I was young, and my appreciation for the style of storytelling has only increased over the years. Unfortunately, it has traditionally only been a medium used for childrens books, though in recent years that model has expanded a bit, it still is vastly underutilized in the genre of adult fiction.
Anyway, as I have wanted to do just this kind of project for some time, it was a no brainer. And the story was written by the incomparable John Wick no less, author of some of the biggest roleplaying games of the past 15 years, which made it even easier.
Sure, it was to be a promotional product, and didn't actually pay "money" for my time or effort, but sometimes free is the right paycheck when it comes to doing something you have wanted to do for most of your career. The complicated part of this sort of scenario, is that you then have to find the time to do the work between all of the paying clients, and determine where you can squeeze it in in a way that will not only allow the time needed to produce the quality required, but to minimize the effect on your clients and paying commissions. The only thing worse then doing work for free, is doing work for free that overlaps a paying gig, and ends up actually costing you money. An artist who is paying for the privilege of doing someone Else's bidding is a poor man indeed.
Thankfully I was able to avoid that by having a week long window open up in my schedule the very week after I received the script. It was perfect timing, and the perfect excuse to do some art for fun.
So I sat down on a Friday afternoon to start drawing the basic art, and by Sunday night I was finished. It was somewhere around 30 drawings when it was said and done, and while some of them were smaller (just a hand holding a ring or a deck of cards) some were very much not small (cities, full page character images with elaborate backgrounds) and I was pretty proud of the work I had done actually.
And on Monday, I realized I still had an entire week left to work on it. I had been so excited that I had burned through the whole project in a weekend. 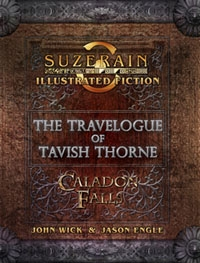 So I started scanning in the pencil drawings into my computer, and rather then turn it over directly to the guys at Savage Mojo, I began laying out the book interior pages myself. Many of you know I have a background in graphic design, and this kind of complex page design and artistic license was too good to pass up. So I spent the remainder of the week doing graphic symbols and nit picking layout and shading and adding light color to the pencil art. In the end, after a weeks worth of work, it turned out to be one of my favorite projects I have produced in (as of this writing) the 15 years I have been a working artist.
It can still be found on RPG now, and is available for less then a starbucks coffee: http://rpg.drivethrustuff.com/product/85733/The-Travelogue-of-Tavish-Thorne 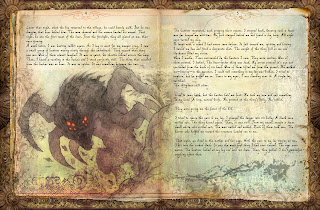 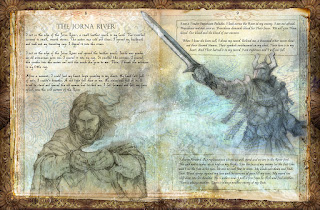 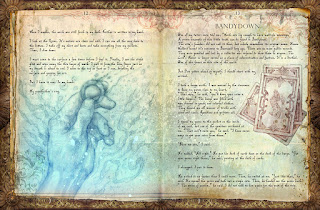 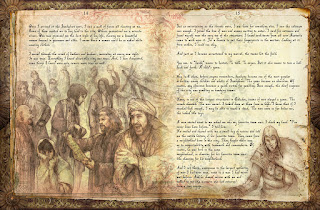 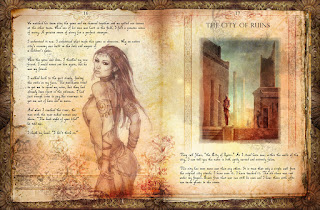 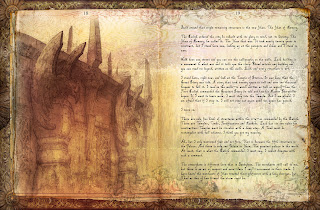 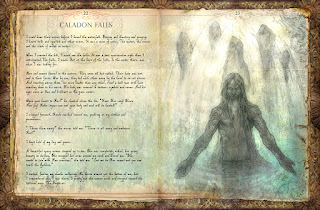 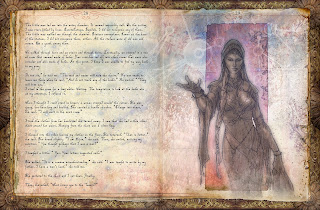 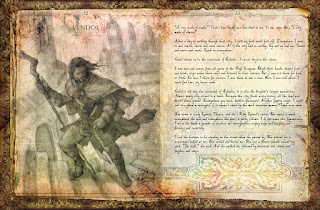 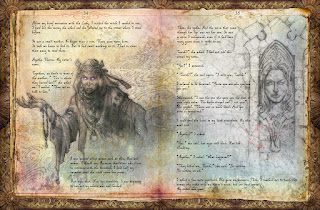 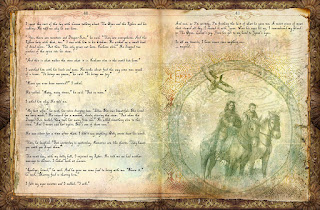 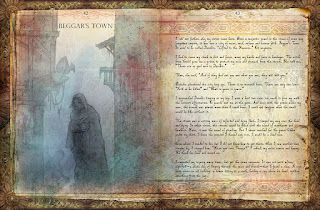 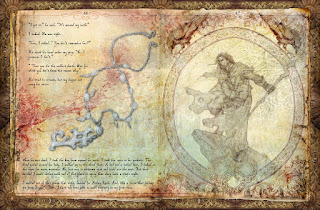