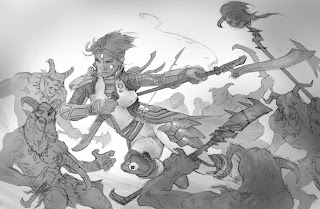 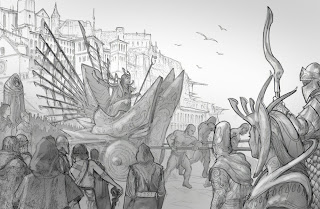 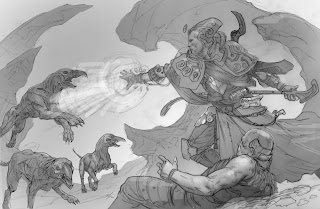 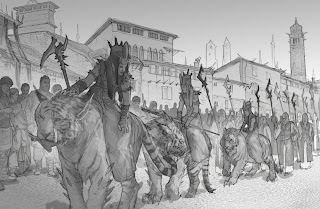 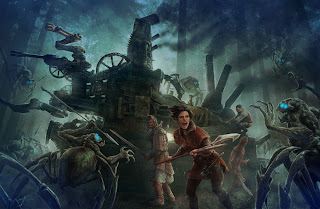 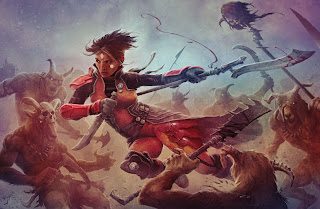 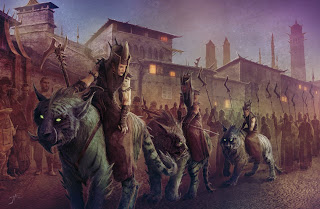 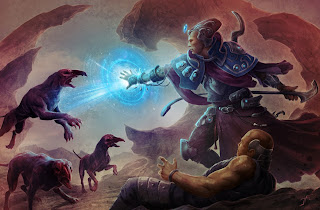 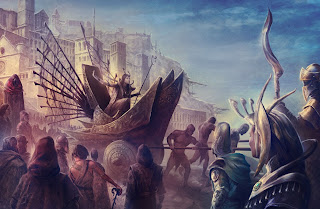 Legend of the Five Rings is a fun game. And as an artist, its one of the better card games out there to be a part of, and one of the reasons why is that they routinely re-envision characters from set to set.

Of course, it gets complicated when the original version of a beloved character is produced by the fan favorite artist on the game. There's basically no way to hand it to another artist without the fan base being disappointed in the change, so essentially, there's no where to go but down.

I found myself in precisely this circumstance not too long ago. It just so happened that Steve Argyle, the aforementioned "fan favorite" artist, is also the art director, and a man of no small tyrannical tendencies, commissioned me to create art for a card that he had produced the original art for. I could actually hear him cackling softly to himself as I read the e-mail. This was because he included an MP3 of himself, cackling softly, and labeled it "play while reading this e-mail". So, yeah, tyrannical right?

This is a link to the original art done by Steve-o: http://www.steveargyle.com/gallery/artwork/?artwork_id=394

And here is the art I produced, much like a man giving a heroic last speech while standing in front of a firing squad awaiting his execution, I gave it my best shot while knowing full well my efforts would be futile in the end. But actually, I thought it turned out pretty cool, and hopefully the fans will find it in their hearts to love both versions, if not equally, at least close to it.

And for further information about the production of the work itself, the concept was a fairly simple one. What could possibly improve on a flying hot girl Shugenja blasting a ship in the middle of the ocean with a bolt of lightning?...
...TWO ships being blasted with lightning. BOOM. *drops microphone, exits stage* 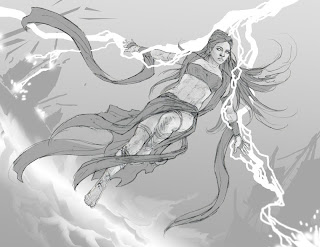 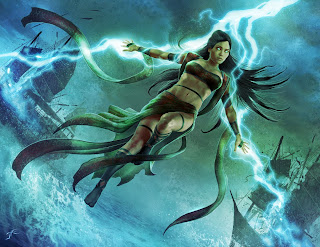