And here is the second batch. Now that they have been posted on Wizards site, here is the latest and greatest of my contributions. Say what you will about Magic, but they're art orders ask a lot more then most in the fantasy game business. I can say I've never before been asked to paint a bear, or a "first person" image, and yet they both fit the setting perfectly. 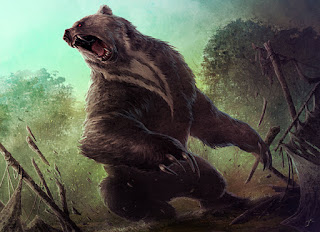 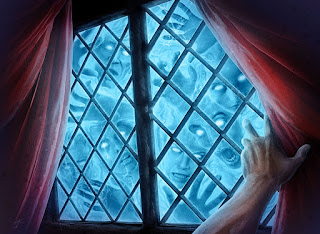 I was lucky enough to be included in the production of all three sets of the Magic: the Gathering expansions for Innistrad, which each featured some of the most stylish design bibles I've ever seen. Which makes my job that much easier. This is just some of the work I can now show, and there will be a lot more to come as the sets get released over the coming months. 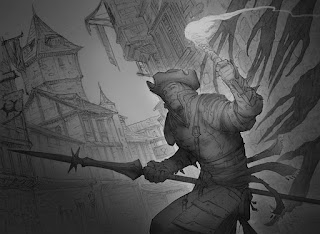 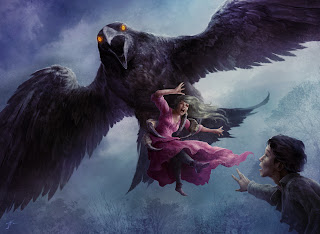 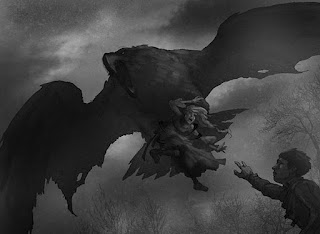 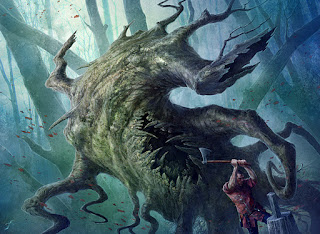 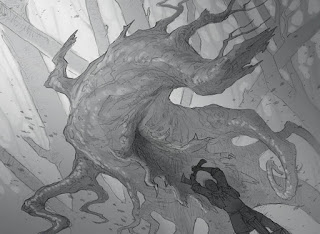 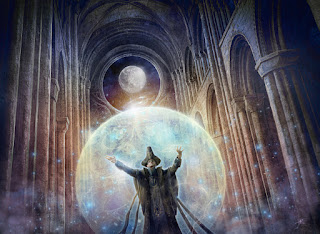 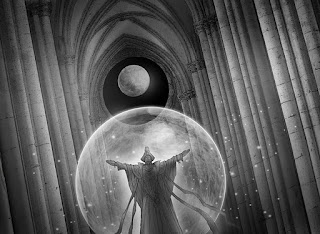 Previews from the new book

Here are some sample page spreads from the new book currently on the anvil, as it approaches completion, I'll be adding more previews as well as a look at the as yet un-designed cover. I think I'm still waiting to see how the rest of the art turns out before selecting a cover image. Regardless, this is what the inside is going to look like. 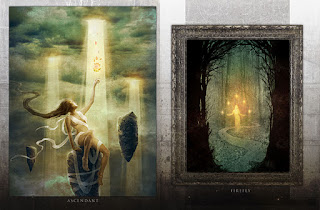 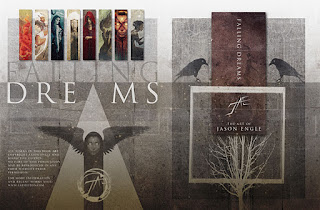 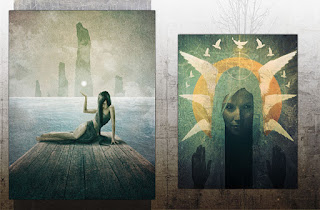 Over the past few weeks I have split my time between a number of paying projects for regular clients, finishing my new website, working on my new art book, finishing the art that is intended to go into said art book, and getting my new print fulfillment solution completed. (you can check it out for yourself here: http://www.shop.imaginedinterprises.com/Prints_c14.htm)

Anyway, I somehow managed to scrounge together enough time to complete a few fine art images I've been fiddling with over the last month, and since they are destined for no client or far off product shrouded in a field of "non disclosure" contracts (as is the unfortunate case with most of my work), I can show them to you here ;) 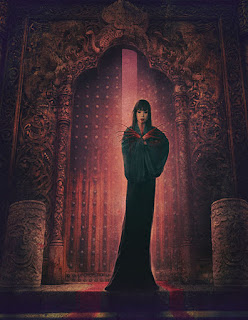 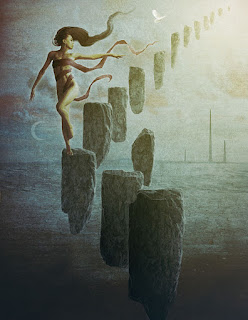 So, I do a lot of art for games. That's not really a secret. As a matter of fact, it's hard to imagine you reading this for any other reason than having seen some of my game artwork from time to time.
If you've ever seen me at a convention, chances are pretty slim, but you may even have convinced me to draw a character sketch or two. It's happened plenty. It happens still. By no means is that a guarantee for the future, but usually, if I'm not feeling too hungover, I am more then happy to comply with such requests.
I bring up the topic because as a result of that particular specialization, I also have been known to actually play some of the games I create art for. This in turn requires that I create characters for the exclusive purpose of playing those games. I have also been tasked with the job of illustrating my friends characters as well, since it is difficult for me to sit for hours at a stretch and not draw the personalities caught up in some epic imaginary struggle on the table in front of me. 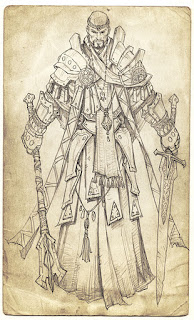 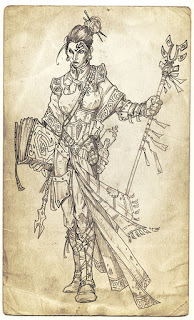 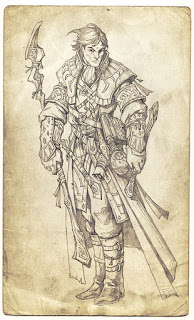 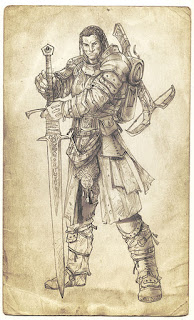 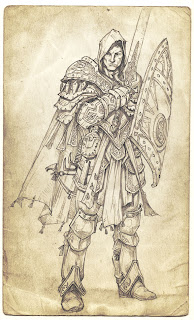 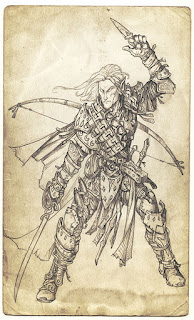 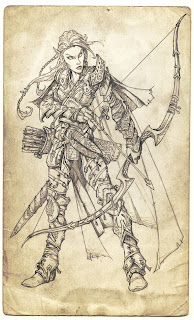 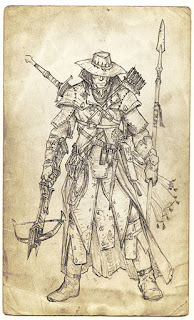 So, having built up a collection of such character drawings over the years, I thought I would leave a few of them up here for your amusement. I will likely post more from time to time. Cause, you know, as blog posts go, easy to do ;)
Posted by Unknown at 6:14 PM