Back from Comic Con

This was another crazy year in San Diego. The Hobbit, Total Recall, Pacific Rim, among other movies, all had a really strong presence, as well as a ton of toys, action figures, sculptures, video games, and a little fantasy art too. Also there were comics. But lets be honest, not that many.
I also had a chance to debut my new comic Downfall's promo issue, which can be seen online at www.downfallthecomic.com which got a stellar reaction from everyone, and basically flew off the table non stop. Apparently comics sell well at a comic convention. Considering the slow leaking of actual comics from the conventions larger composite shape as it stands today, this is a surprise.
This was the first chance to really show people what I and Drake had been working on for the last few months, and it was great to finally get feedback face to face. And the fact that it was overwhelmingly positive didn't hurt any.

It was a great time, had a lot of fun seeing all the usual faces and meeting lots of new ones. One of the best parts of CCSD is getting to catch up with the friends you only see once a year, and sharing in the strange spastic nuclear blast of genre media that is a convention of this size.
Am I tired of fighting the crowds which somehow get bigger every year? you bet. Am I going to do the same thing next year? Wouldn't miss it for the world ;)

Next up, Gen Con in Indianapolis.

another Magic card from Innistrad block

Almost forgot to include this one in todays post. This was another extremely fun project, a Zombie that has a lot more to his description then just your usual zombie template blood and guts.
He was also a good place to try playing with some unusual color balancing, and to see if I could make that green slime brightly contrast to an almost cartoonish level, and still keep things kind of gross. 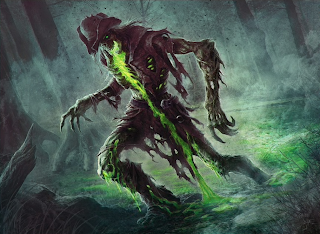 Every once in a while, I get lucky enough to get tapped on the shoulder by an art director, asking for a special promotional image. At times like those, all you can do is allow for at least double the usual completion time, and put in a lot of time sketching, composing, color concepting, and just plain nose to the grindstone refining. When you think your done, go back and work some more. Thats how you do an image thats worth showing itself as the face of a game thats bigger then any individual artist.

There's always a bit of the unknown outcome in any creative business, and illustration probably more than most. Sometimes it turns out good, and sometimes not. The only way to manage that random quality is to put in the time necessary to correct any problems that keep the image from being as good as it can be.

Now that I've commented on the philosophy at work here, let me also say that those branches were a lot of fun to draw. And thats why there's so damn many of them. I'd like to say there's some kind of artistic theory at work, but it's just that I like drawing branches. Sometimes thats how art works too. 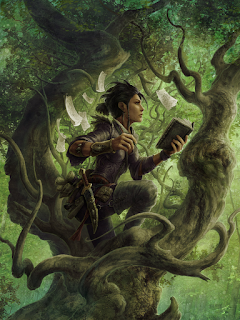 Here are a few of my latest contributions to the card game world of Rokugon. These are a bit on the varied side, which after a decade of illustrating for this one game, is definitely preferred.
Sometimes the hardest thing in art is finding a new way to illustrate a concept you've drawn dozens, if not hundreds of times. This is made a whole lot easier when the concepts themselves come with some built in originality. Never underestimate the power of a good, fully realized idea. 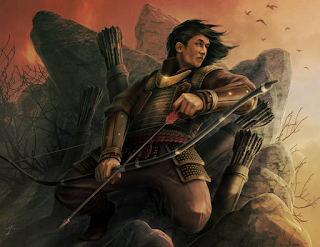 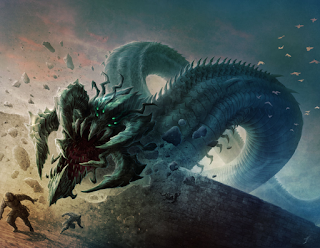 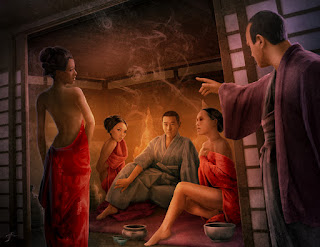