Spirit of the Burning Sky

This image was done for the card game "Warlord" and was actually very fast from design to completion. It took about 4 hours.
One of the reasons it was so fast to design, was that it was a new version of a monster that I had designed for the game previously, called a "Stormwraith", and the original design had been so popular, that I had been asked to do more of them in each set, until it was simply an easy subject for me to work with. The Spirit of the Burning Sky was simply the same kind of character, but using fire instead of electricity.
This first image is the sketch as submitted to the client. 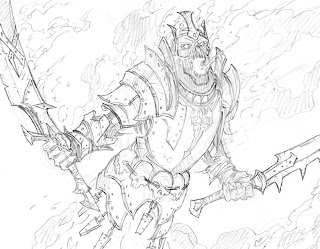 After approval, I started rendering in the lights and shadows, cut out the main figure, and began to do a little bit of the edging details as well. 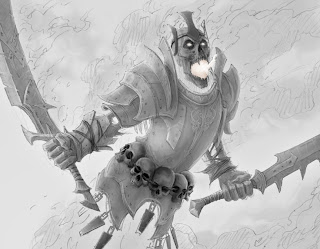 Here I added even more shadows, and darkened up the overall character to create a very silhouetted look. I also knew he was going to be surrounded by fire, so I started adding in the basic shapes for dark smoke behind him, to give the fire contrast and maintain depth. 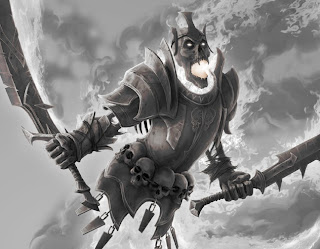 Here I added in the fire effects, and some basic color for the background. 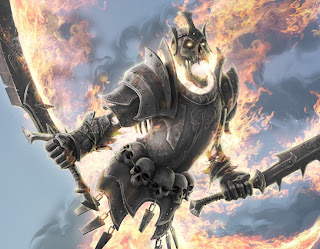 And here is the final, with textures, another layer of color adjustment to darken things down a bit more and bring out the orange and reds, glow effects and some sparks to add motion and little detail. 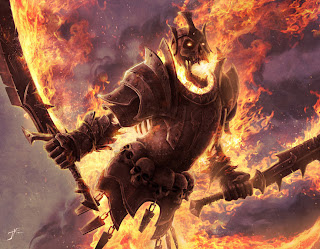