Another monster from Pathfinders rather Persian influenced Katapesh region, this was a simple design, but still lots of fun to draw. I had always seen Djinni's done in a pretty limited range of designs until Magic the Gathering started doing them with some pretty demonic styles, and I had been dying to try my hand at it ever since. This guy isn't one of the titanic, evil god like entities sometimes portrayed in fantasy art, he needed to be scary and dangerous, but not over the top. I was really happy with the final colors on the image as well, which is why I have included a look at the color version as well for the side by side comparison. 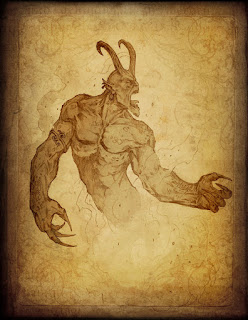 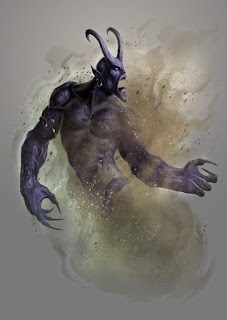