So every year I hear from a lot of the other artists in the business around the time Spectrum is taking entries. You see, its a book that has a juried entry. It's like the biggest, baddest fantasy art contest in the world (in a good way) and we're all trying to compile our best work from the past year.

So naturally, almost anyone who creates art for a living wants to be featured in the book. And boy has it become a challenge, tens of thousands of entries, and all judged by some of the biggest names in fantasy art, which change every year. So it's a changing set of tastes, and a different field of competitors every year, and a higher and higher standard and deeper pool of talent as well.

This is the image I managed, somehow, to get included in the book this year. I wanted to post it here again so I could show the initial sketch, and the final image side by side. Mind you, this is the final pencil drawing, there were quite a few sketches and thumbnails which led to this point, and even a failed final drawing or two which just didn't make the cut. I would love to show all of those to you as well, but most of them have long since met a gruesome end. 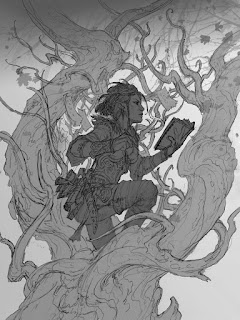 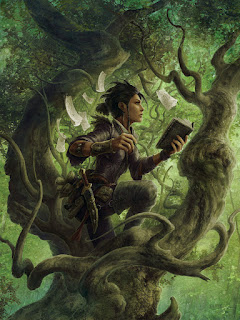