Before launching our kickstarter for the Downfall project last year, we put together a little 10 page promo issue to test the waters and really show people the comic we wanted to make, albeit in a very small slice of the world. But it was enough fun to create and such a departure from my usual work, that I thought I would put it on here and talk a bit about the process. 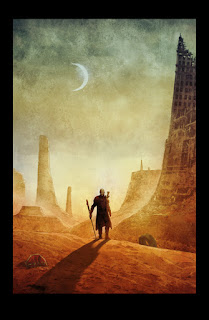 The first page was easy. I'm an illustrator after all, and doing a full page, establishing shot is the kind of thing I've been doing for years. So this was the first piece I worked on, and easily the fastest from start to completion. I knew it needed to really encompass the world and its themes, but still read easily. So this is where I decided to do the classic post apocalyptic wasteland, broken buildings and scattered signs of a civilization long gone.


The second page was a little trickier, as I had to show the character close up, and set the scene, and show the alien in just a few panels. The alien by the way was a fun creature to design, and I will be getting to draw them quite a few more times throughout the rest of the story. 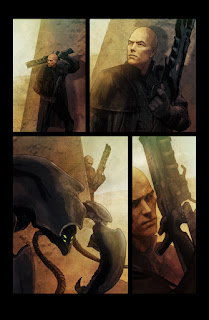 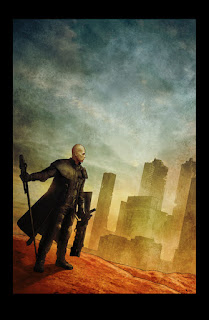 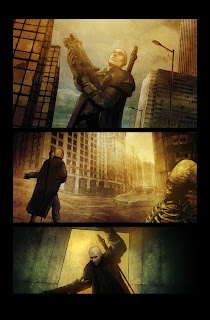