Last year a convention in Germany called Ringcon approached me about doing the promotional imagery for their show. At the time, I was simply overloaded with work and had to pass on the job. But they came right back and said they needed work for next years show as well, and the deadline was much further out, so I said absolutely!
You can read up on the convention here: http://www.ringcon.de/

Here is the resulting sketch and final image. It features characters from the Lord of the Rings world, but no one specific. Except for the dragon, the dragon is Smaug. I rendered him a bit more modern in terms of creature design then he has been drawn in the past, but I wanted to bring somthing new to the table with a character that has been done so many times and in so many different ways. 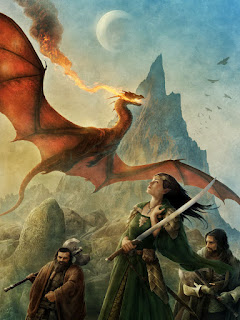 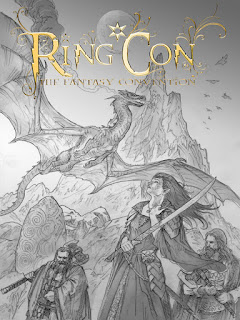